← more from
Celebration Records
Get fresh music recommendations delivered to your inbox every Friday. 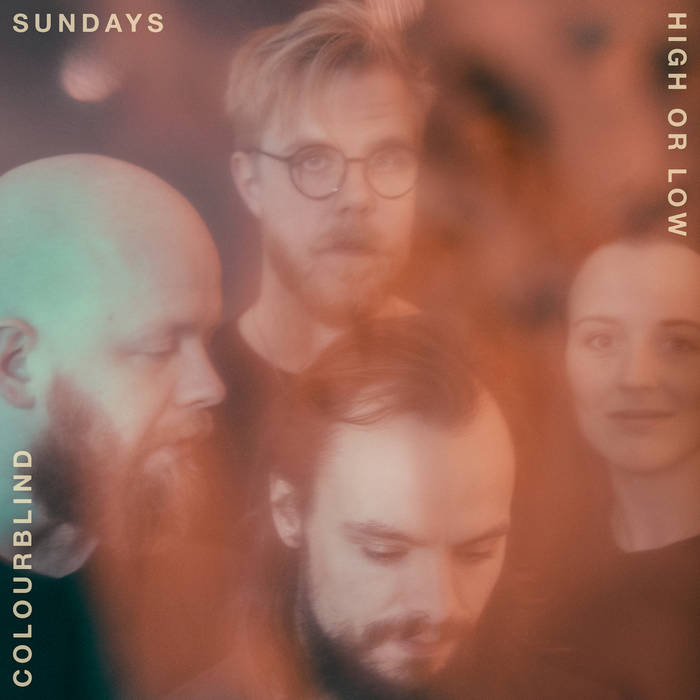 Exactly one year after releasing their debut album ”Wiaca”, danish folk-pop outfit SUNDAYS present two brand new songs, “Colourblind” and “High or Low”, as a digital maxi-single. The release offers a new sense of openness and appeal to the Indie-inspired sound of the group.

Since their first full-length record, Copenhagen-based quartet SUNDAYS have been biding their time in search of new stylistic pathways. One fateful summer’s day, the band met with guitarist and producer Per Chr. Frost (co-founder of GNAGS, longtime danish household act), and decided to collaborate on two songs. The result is a new, fresh and candid approach to the sound of the band.

An affectionate nod to the virtually extinct medium, the songs are billed as a maxi-single, serving as a double exposure snapshot of the band’s recent progress. Kicking off, “Colourblind” is an infectious retro pop song that delivers it’s devil-may-care attitude with an almost deceptive sunniness. Adding contrast, “High or Low” works as an introspective b-side that conveys a story of farewells and reconciliations through its rhythmic drive.

This release also kicks off of a series of releases in 2020, that will see the band collaborating with a string of different producers on their way to the sophomore album.

Sundays is a new spark from the Danish underground scene, centering North Jutlandic Magnus Jacobsen on vocals and guitar.

Intensity, melody and nerve are the keystones which manifests in the young songwriters universe, and with a live setup involving vast amounts of backing harmonics in an organic instrumentation, this is exactly what the spectator can expect. ... more

Bandcamp Daily  your guide to the world of Bandcamp